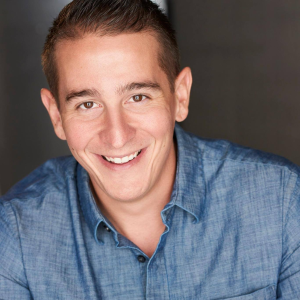 The Difference Between VOD and OTT Streaming?

Streaming subscription services are overtaking traditional TV in customer satisfaction. Around 70% of pay-TV subscribers feel that they aren’t getting the value they’re paying for. As a result, they’re cutting the cord for other alternatives. Keep reading to learn more on OTT streaming!

Netflix, Hulu, and even YouTube are fueling the shift toward streaming services. With high-quality content that’s available at any time, these platforms beat TVs by a mile.

These examples are both VOD and OTT streaming services. You may think they’re interchangeable, but they can have a huge difference between them.

Keep on reading to learn how they’re different.

1. What is an OTT Streaming Service?

OTT stands for over-the-top. It refers to the way that OTT streaming services go over the top of traditional media. They deliver content outside the “closed” networks, bypassing the traditional method of distribution through cables or satellite.

They allow the audience to stream content to any device via the internet. As such, most devices that can receive and display internet signals can have OTT access. You can use mobile phones, computers, smart TVs, gaming consoles, OTT set-top boxes, and more.

Netflix and Hulu are the most popular OTT services. These allow users to stream their content when connected to the internet. YouTube is also a notable example of an OTT platform.

With an OTT streaming service, users don’t have to pay for a traditional cable service or satellite pay-TV. They can be a replacement for long-distance communication providers, as well. In line with this, Skype is another example of an OTT service.

2. What is VOD Streaming Service?

Video-on-demand or VOD allows users to play any video content of a platform or collection. It’s not constrained to a broadcasting schedule nor a physical copy of the video.

Netflix and YouTube also fit this definition, hence the confusion between VOD and OTT. We’ll talk more about their differences below, though.

Other than content streamed via the internet, VOD can also refer to the users’ downloaded files and even recorded DVR content. It becomes available for the viewer to consume anytime after its original air date and time.

You can use mobile phones, video streaming services, and even OTT devices to access VOD.

There’s more to VOD and OTT that you need to learn when determining the right content delivery system for you. There are three main revenue models used by VOD and OTT streaming providers, which are as follows:

SVOD stands for Subscription Video on Demand. It’s a type of service that charges you a recurring fee, usually a flat rate you pay monthly. In exchange, you get continuous access to an entire library of videos.

Users will be able to play any video in the library anytime and anywhere. That is as long as they have access via the internet, cable, or even satellite.

There are no limits on what you can consume unless you stop paying for it. In which case, you’ll lose access to the entire library.

In this model, ads are non-existent and subscribers can consume as much content as they want. There are no long-term contracts, so they can opt-out of the service whenever they want.

At present, SVOD is the most lucrative monetization platform. The biggest streaming services today use this model, such as Netflix and Hulu.

This proves the lucrative nature of this type of service. We’re not even yet considering the newcomers to the industry that are also using SVOD, like Disney+.

Transactional Video on Demand (TVOD) is the opposite. Users don’t pay for an entire library; they instead pay for the specific video they want.

Think of it as the digital version of DVDs. You buy a video online, and then you can keep playing it from your collection anytime you want.

Note that users will have continuous access to the video(s) they paid for. Even if they don’t buy anything else but one, that one video will be forever available to them.

It’s also possible to rent a video in TVOD like you would a DVD. You pay a small sum of money to gain access for a limited period.

Most often, this refers to movies or sports. TVOD services offer the most recent releases and major sporting events.

iTunes and Amazon’s Rent or Buy video store are also examples of a TVOD service.

AVOD, or Ad-Supported Video on Demand, is a digital video service. Here, unlike the other two options, users don’t have to pay for anything. It’s free, using advertising models to offset any costs and to monetize the content.

Users have to sit through ads in this type of service, which isn’t present in paid VOD services. In a way, it’s like watching television, although you get to choose what to watch and when to watch it.

AVOD-type of services are often overlooked in favor of subscription-based services. However, Roku, SlingTV, and YouTube prove that there’s a gold mine in AVOD, too.

Many platforms don’t stick to one model and instead use a hybrid of two or more of the above.

A popular example is YouTube, which operates an AVOD model for its free service. But, it also offers an SVOD service as YouTube Premium. This eliminates ads and gives users access to Premium-locked content.

Having both models allows users the choice to endure ads in exchange of free content or to pay a monthly subscription fee to get rid of ads and gain access to some Premium videos of their favorite content creators.

Converting the free users to paying subscribers isn’t an easy feat for the social media giant, though. YouTube Premium, Music, and TV have over 22 million subscribers in total. This represents only 1% of the total monthly visitors of the free YouTube platform.

Another example of a service that uses two models is Amazon Prime. It’s an SVOD service first, giving users access to its library of content, some of which are exclusive.

On top of that, it has a TVOD model. Users can buy new content or access to sporting events for an extra charge.

Disney+ uses two monetization models, too – SVOD and TVOD. It has a library with Disney releases, and it has its new movie releases behind a paywall.

The idea is that users can instead buy the movie through the platform instead of going to the theater. They can also keep a digital copy instead of a physical DVD copy.

Not all businesses need to use a multi-tiered revenue model, like Netflix. However, giving consumers the freedom of choosing a package based on their budget and needs will allow you to reach a wider audience.

4. The Differences Between VOD and OTT

People often interchange VOD and OTT, and we can’t fault them because these two have so many similarities.

They both allow users to stream videos on demand on different devices. They can either be free or paid, and they allow users to access the videos via the internet.

However, VOD has a much broader definition than OTT. VOD describes any media content at all that plays when you want to play it except for physical CDs and players.

It covers online content, but as we’ve said earlier, it also includes recorded DVRs and downloads. It doesn’t have to be a video on a platform, it can be from the user’s collection of digital media.

On the other hand, OTT is a bit more specific. It refers to content streamed via the internet. It can be videos, but it can also be a radio broadcasted over the internet. Podcasts are the perfect example as they don’t pass through traditional broadcasting.

OTT can be an example of VOD but not always. This is because the latter can never be live.

Often, content creators repurpose their live streams into on-demand content. After the live has ended, a video that may or may not have edits become available. In this manner, they create VODs and, in turn, expand their audience and give back control to the viewers.

It’s like recording TV shows, although it’s the end-user who’s creating the VOD in this case. The users will be able to play, pause, rewind, and go forward the recorded video as they wish.

Furthermore, OTT services can refer to Skype, radio broadcasts, and such. VOD services, as you can surmise from its name, only refer to videos.

The definitions may overlap a bit, but the small details make the biggest difference. Another thing that differentiates VOD and OTT is their technical definition.

OTT refers to the distribution model, which is how it delivers content. According to the definition above, it’s any content distributed via the internet.

VOD, on the other hand, refers to the consumption model. VOD is any video content that users can play at their convenience; it doesn’t have to be from the internet.

OTT can be available anytime. With some VODs, users need to wait after downloading or recording the content.

5. VOD and OTT Are Not Mutually Exclusive

VOD and OTT are not mutually inclusive, but they aren’t mutually exclusive, too. Video content can be both VOD and OTT. How so?

We defined OTT as content that streams through the internet, which also fits the description of VOD. But, we also said earlier that not all OTT content can be VOD.

With these in mind, answer the following questions:

Is it a video? If not, then it’s not VOD; if yes, can you stream it through the internet?

If not, it’s not OTT; if yes, can you play it anytime you want and anywhere you want?

If not, it’s only OTT; if yes, it’s both VOD and OTT. Prime examples are Netflix, Hulu, and YouTube.

If you’re a service provider who said yes to all these questions, what do you call your service?

6. Does the Difference Matter?

Many insist that the differences between OTT and VOD are huge. Well, in video and advertising industries, we agree that you have to know these.

However, some don’t seem to think so. With people confusing VOD with OTT, it’s evident that cable VOD is becoming obsolete. Many people now access the content they like through the internet, which is a huge factor that leads to confusion.

Still, we can’t discount the fact that the average American adult spends 3 and a half hours per day watching television and only 38 minutes of digital content per day. It’s still a substantial difference, but it’s something that will see a huge shift in the coming years.

The difference between OTT and VOD may still matter today. When cable becomes a thing of the past, though, it won’t matter as much.

Going back to the question above, if you’re a service provider who:

Then, you can call yourself either OTT or VOD without stressing out too much about it. It would only matter to your business if you’re offering something that would only be OTT, like live streams.

VOD and OTT services are both similar and different at the same time. It pays to learn the key differences between the two to make sure you’re going for the right option.

Whether it’s for a service model or advertising, you need to differentiate between VOD and OTT streaming. If you need clarifications, don’t hesitate to contact us today. Menu
Go SEO helped increase my monthly visitors on my ecommerce site by over 200%. Sales have doubled as well. Results from our SEO efforts are continuing to grow! Amanda LeeDesert Fashions
Megan helped my company go from a few daily visitors to over 100 with a few simple efforts. Her consultations have been invaluable to the growth of my company! Melisa PomeroUS Health
My auto service company has acquired new leads at a record-breaking rate since we first came up with our marketing plan with Joey. His expertise in marketing is one of our biggest assets! Get Our Top 6 PPC ad Recommendations